Since the days of Sega’s Pole Position and Turbo, racing games have been incredibly popular. And this is something that has transferred through to home gaming, with PS4 and Xbox One still making a lot of money on racing games. But just why did arcade driving games become so popular? Well, here at Williams Amusements, we are arcade game experts. As a result, we have produced this guide to the popularity of arcade driving games. 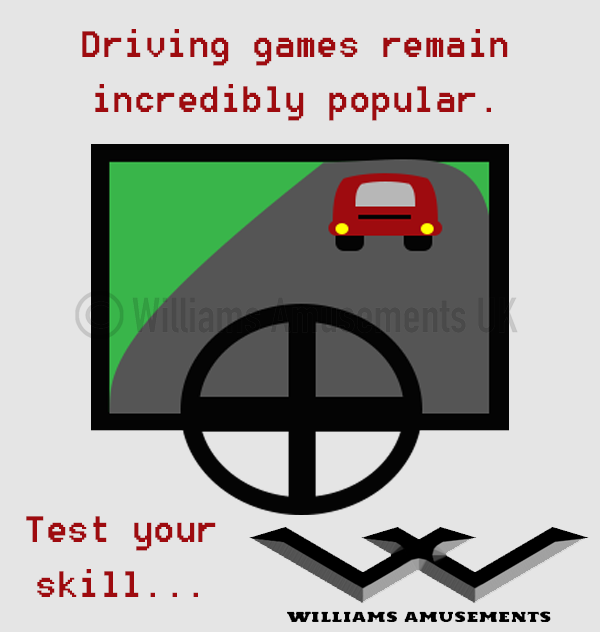 With an environmental/cockpit cabinet, driving and racing games took up a lot of space, and were a big investment for arcade owners around the world. But they certainly paid this investment back. After all, there is no more immersive game-play than using your whole body to play, as was necessary for driving and motorbike games. In fact, this whole body involvement is something that virtual reality is still striving to achieve.

Most driving games play out in a similar pattern:

The ability to compete for high scores, in a realistic game that involved a real life skill meant that driving and racing games became hugely popular. When you consider that most of the other games available during the early 80’s required violence or logic to be successful, its not wonder driving games stood out. In fact Sega’s Pole Position is now ranked as one of the most influential video games of all time!

If you are a fan of arcade driving games, why not check out our range here are Williams Amusements?