Pinball will always be one of the most popular arcade games. Appealing to both young and old alike, nobody can resist the lure of pinball. But what is hyperpin pinball? How does it compare to real pinball and what are the differences? Here at Williams Amusements, we are arcade machine experts. As a result, we have produced this guide to answer the frequently asked question: what is hyperpin pinball? 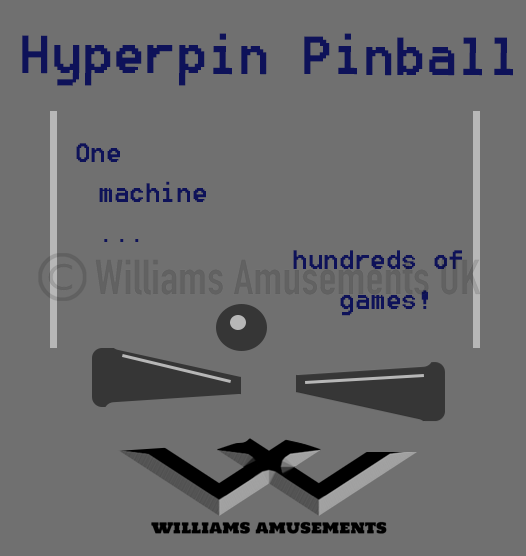 Hyperpin pinball blends real pinball game-play and controls, with a virtual playing screen. This screen mirrors the original “board” used in the standard game version to maintain authenticity. However, instead of real obstacles and, of course, a real pinball, everything you see is a virtual creation.
The huge advantage of hyperpin pinball is that multiple pinball games can be loaded onto one machine, so you can play hundreds of games for the price, and size, of one.

How does hyperpin pinball compare to the real deal?

When comparing original pinball to hyperpin pinball, there are a couple of factors to consider:

Physics- Although pinball is a lot of fun, it also demonstrates a number of physics principles. These include the conservation of energy, energy transfer, and of course, the law of the lever. Hyperpin Pinball has a harder time representing the physics of the game, but some machines have the physics truly figured out. This is one area where hyperpin pinball machines in general, could make improvements.